This post, written by Samantha Schipani, was originally featured here on the APA blog.

It may not be obvious to everyone that traffic safety is a public health and urban planning issue. But the number of motor-vehicle-related deaths is increasing, and the U.S. continues to have the most traffic fatalities per capita in the developed world.

The city of St. Louis is no stranger to these statistics. It has been flagged a “focus city” by the Federal Highway Administration because of its exceptionally high rate of traffic-related pedestrian and bicyclist fatalities.

Communities in St. Louis have grown weary of these sobering statistics and are taking action.

In the fall of 2015, APA’s Missouri Chapter collaborated with Trailnet, the Healthy Eating Active Living (HEAL) Partnership, the Missouri Chapter of the American Public Health Association, the City of St. Louis, and community residents to tackle concerns over traffic-related deaths in the city through the Plan4Health grant program. Grace Kyung, bicycle and pedestrian planner at Trailnet, served as project manager. 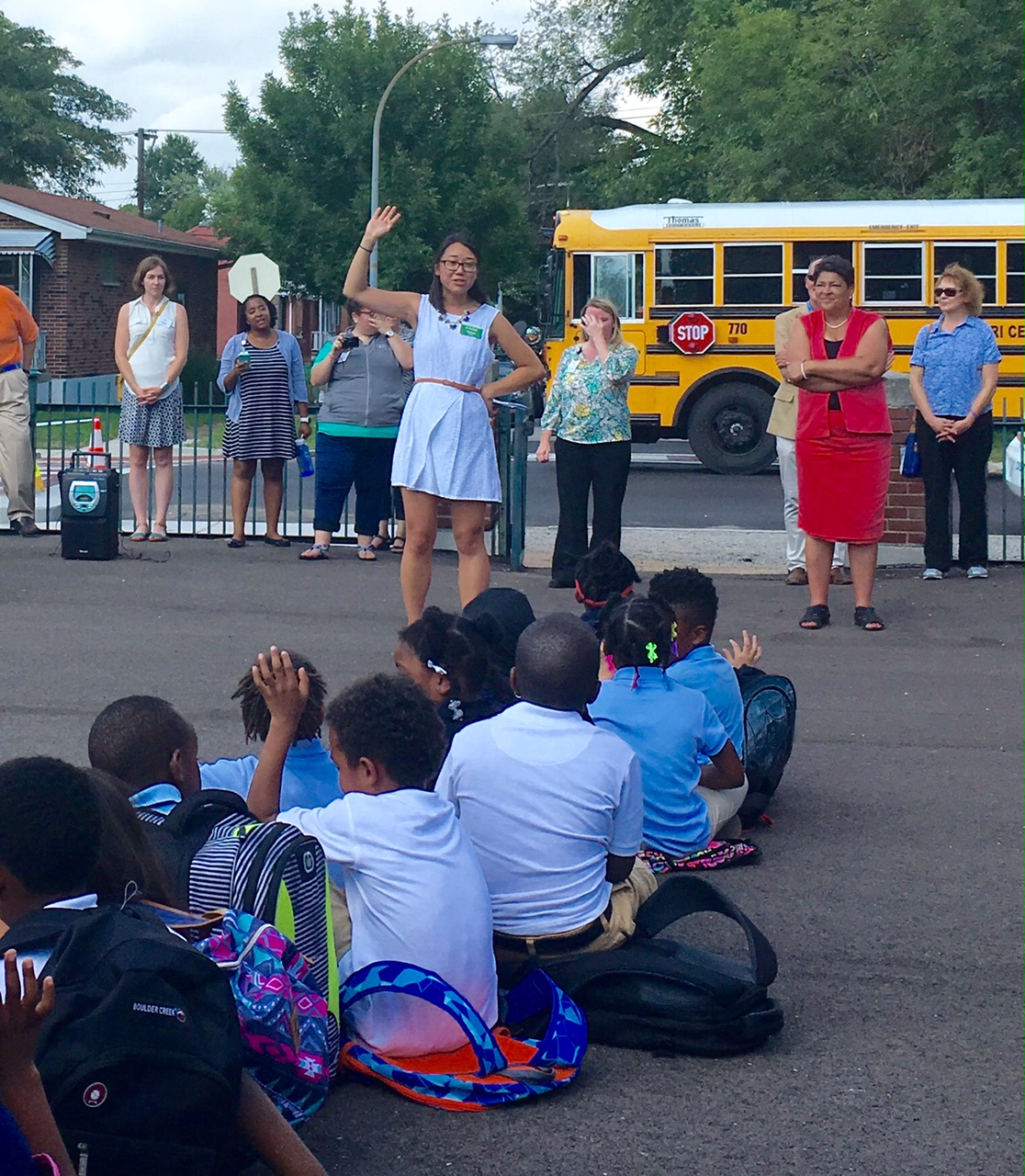 In response to St. Louis’s overbuilt streets, inadequate pedestrian infrastructure, and unsafe driving practices, Trailnet hosted several pop-up traffic calming demonstrations in the city in areas of the most need. The demonstrations were designed to educate community members, elected officials, and city staff on methods to collaborate to improve street designs for safer, healthier communities.

“The goal of the project was to educate and encourage stakeholders about how traffic calming can be used for safer street designs,” Kyung says.

During the demonstrations, Trailnet showcased methods for slowing traffic and increasing safety with traffic calming designs. Trailnet outlined chicanes, medians, narrowed lanes, and temporary crosswalks. They went over the sketches with duct tape and filled the spaces with traffic cones and colorfully painted tires to give drivers and community members an idea of how the new infrastructure would effectively reduce traffic-related dangers in the area. 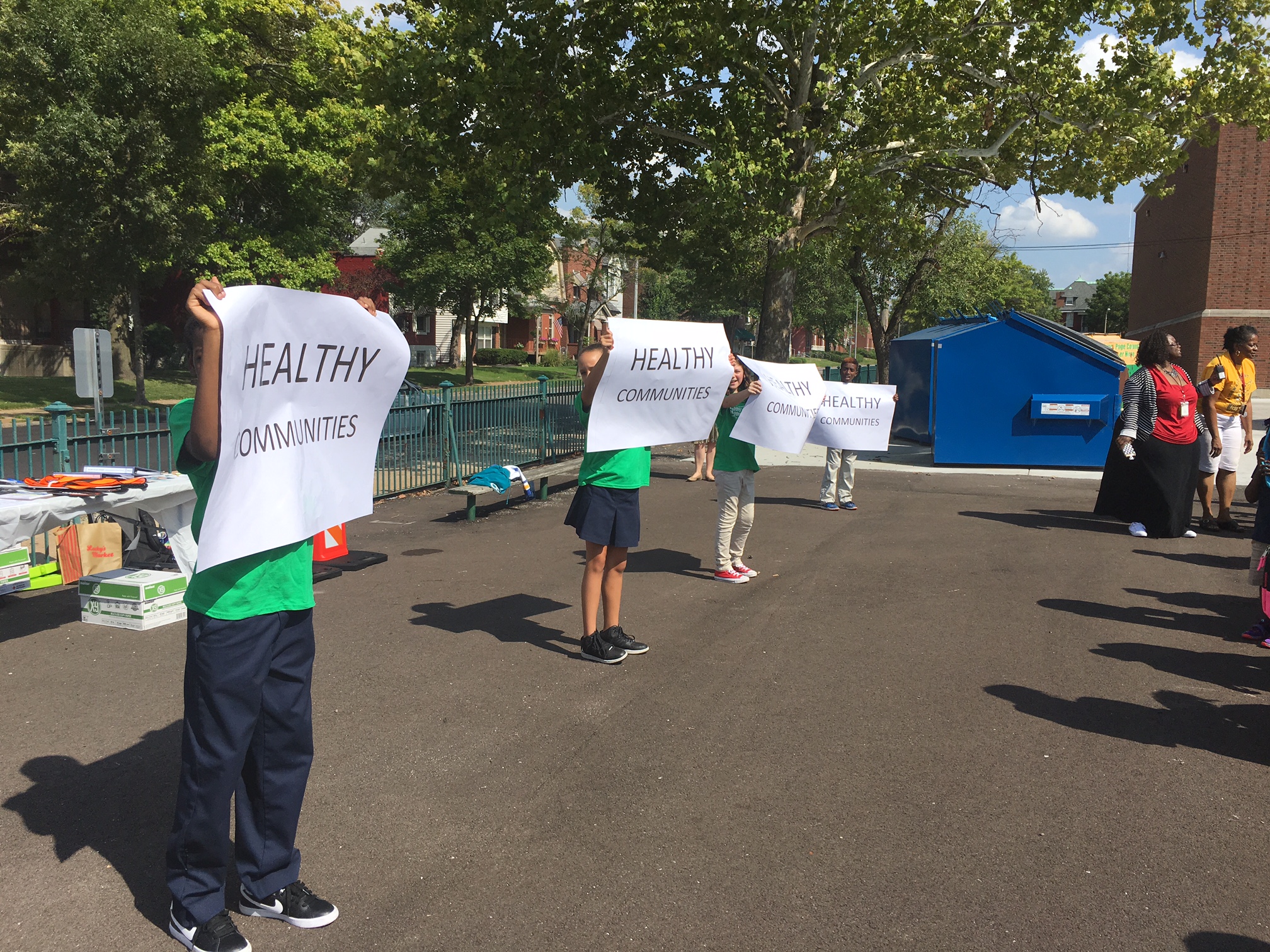 Based on experience, Kyung believes that successful demonstrations do not require expensive equipment. As long the demonstrations are fun and aesthetically attractive, reused and recycled materials can be extremely effective. Trailnet focused on gathering materials that can be reused to create a traffic calming lending library for future demonstrations.

Kyung emphasized the most important part of a successful demonstration isn’t the materials — it’s the community: “When you’re planning the demonstration, you need to have community buy-in.”

One of the major obstacles was conducting effective community outreach about the demonstrations so people weren’t thrown off by unexpected blockages in the streets. Kyung and her team also hired “community champion” liaisons. These local residents conducted outreach to make sure the entire community was on board. 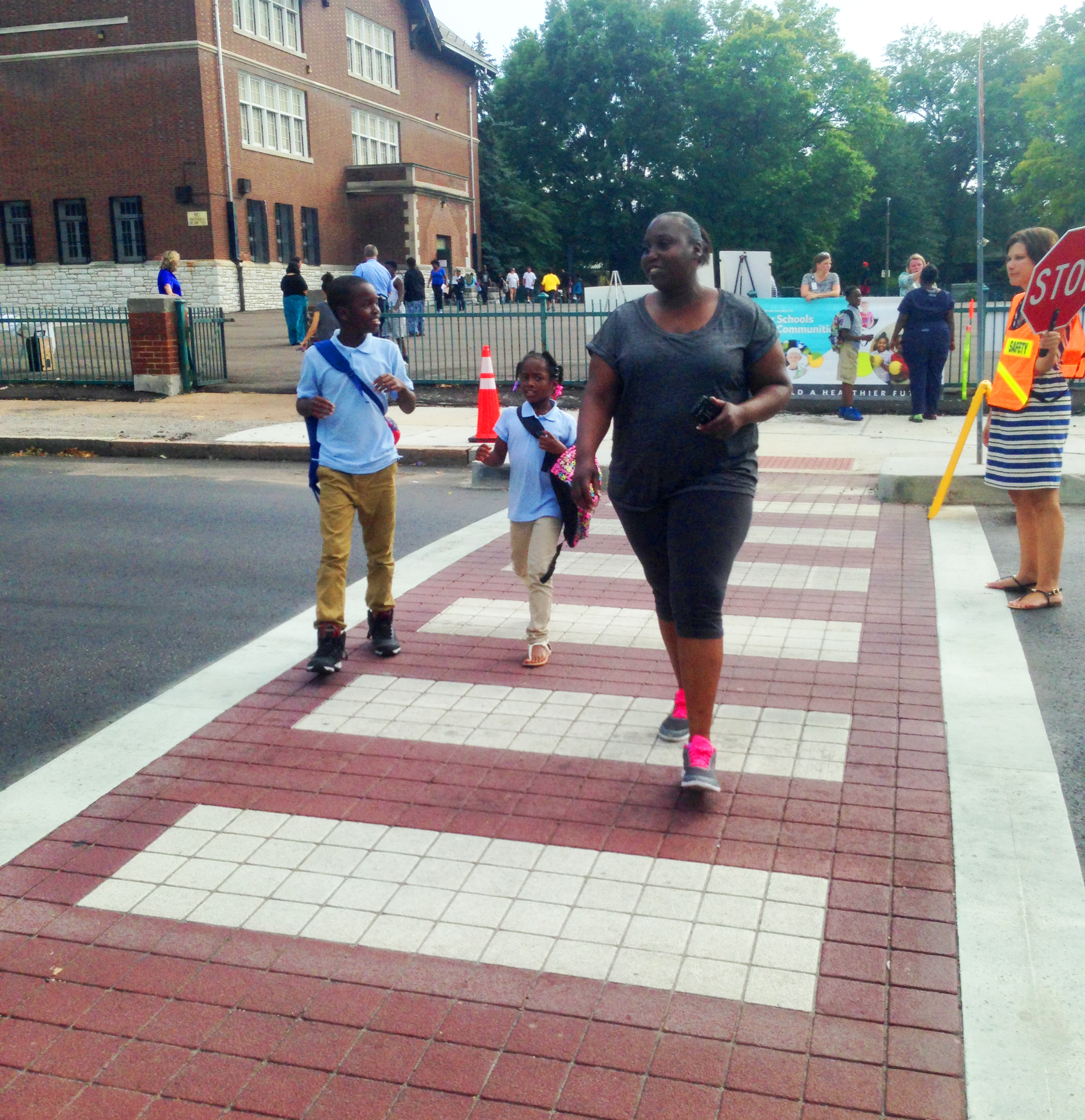 A family walks across the new crosswalk inspired by the Plan4Health project by Woodward Elementary School. Photo courtesy Trailnet.

After working with Trailnet on the traffic calming demonstrations, BJC School Outreach and Youth Development wanted to take the project to the next level.

The St. Louis-based organization works with a number of schools throughout the region to promote healthy environments. One of these schools, Woodward Elementary School, found a need for improved pedestrian infrastructure based on the results of a traffic calming demonstration. Through collaboration and joint partnership with the BJC School Outreach and Youth Development, the organization used its funding from Missouri Foundation for Health’s Healthy Schools Healthy Communities program to install permanent infrastructure improvements.

Trailnet worked with the BJC School Outreach and Youth Development, the school, and the city to plan permanent street design changes by the school, including an updated crosswalk, curb ramps, bump outs, and stop lines.

Trailnet celebrated the permanent changes at a ribbon-cutting event hosted by the BJC School Outreach and Youth Development staff. 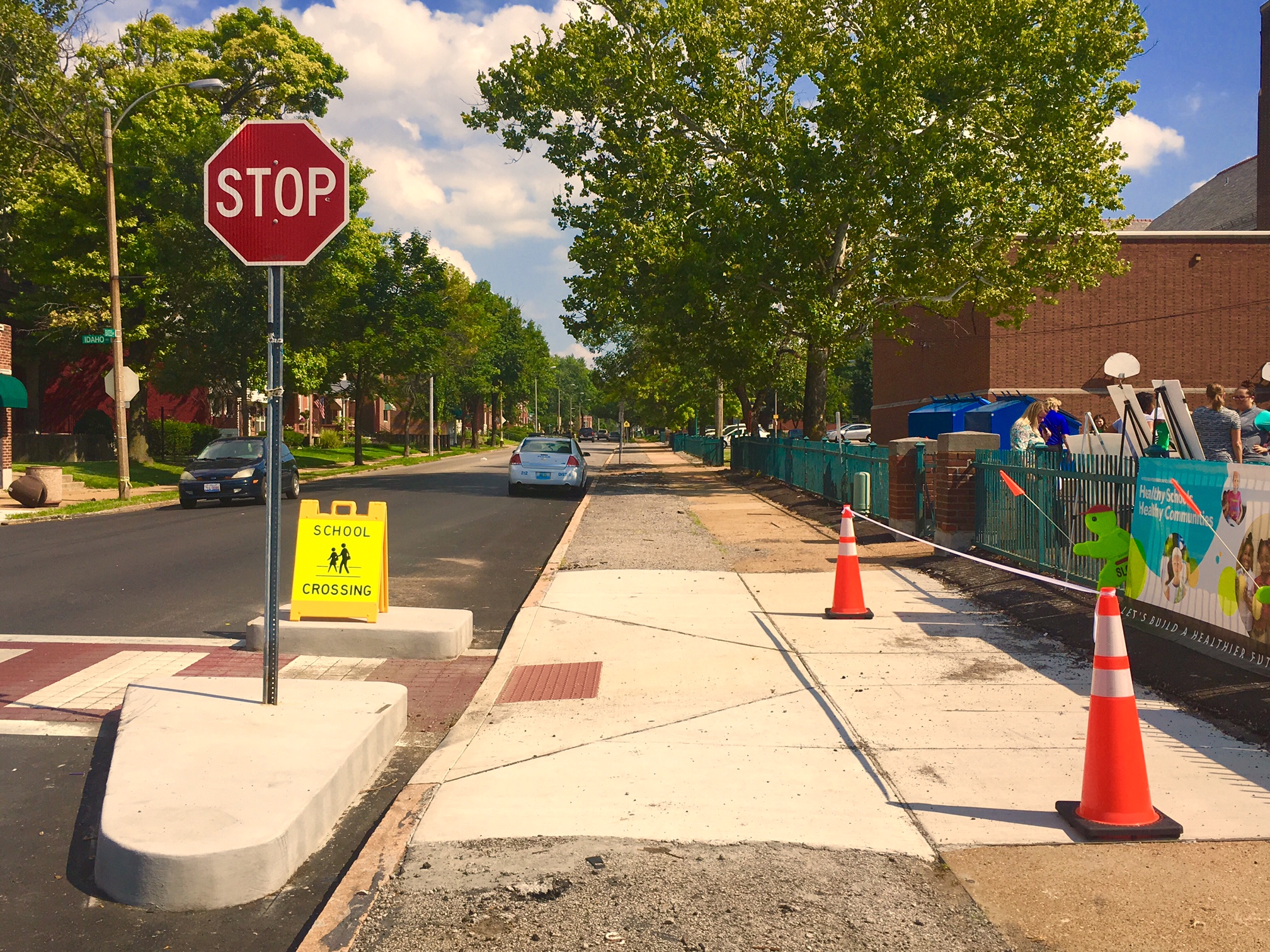